Notice: compact(): Undefined variable: groupby in /ccproject/wp-includes/class-wp-site-query.php on line 538
 Bridging the Gap – the puppets cause chaos in the kitchen! | Group 4 Blog

Bridging the Gap – the puppets cause chaos in the kitchen! 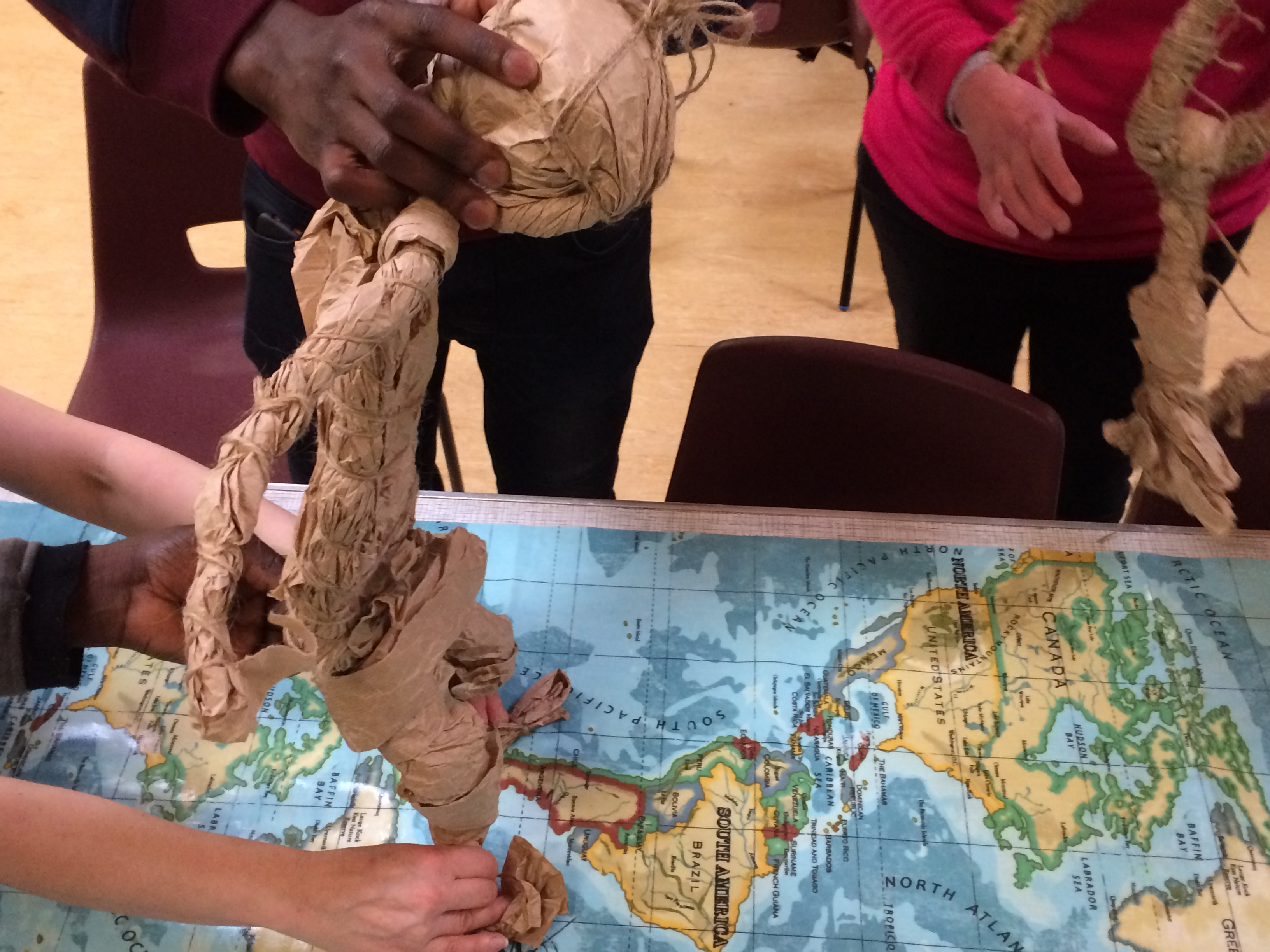 We returned to Bridging the Gap for sessions 4 and 5. Kris and Chris (volunteers at Bridging the Gap) had come up with the idea of creating a short film, where the puppets would be shown exploring the environment of the ‘drop in’, the children’s play area, the tables that are maps of the world and the kitchen; the heart of the place.

Originally, we had spoken about a live performance but we quickly learned that in this environment and the unpredictability of who was going to attend that a final performance would be tricky. During these sessions, we made a rough sketch of how we would use each location. We created a small group of puppet operators and gave them simple instructions. It was never going to be detailed manipulation but the enthusiasm was there and we crawled around a small chute creating a scenario (etude) about a child puppet that was frightened to go down the chute and how it was encouraged by its parent. We then moved to a map/table cloth and, with a little encouragement, three men manipulated a puppet exploring the map and showing joy in finding their countries of origin. This also initiated an interesting conversation between the men who were brought together for the first time through a paper puppet!

Finally, as we grew in confidence, the puppets became more mischievous and set off to explore the steam pots of food in the kitchen. This caused much laughter and chaos!

Participant quote – “I feel quite connected to this thing.  When I was a child I made a little puppet out of clay, it was really small, I still have it and I love him. It’s the same connection.” 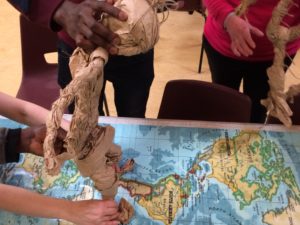 The puppet explores the map. 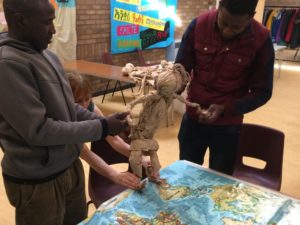 Two men manipulate the puppet over the map. 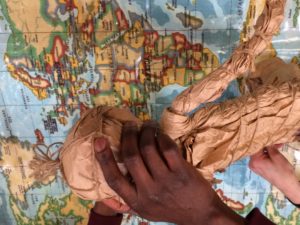 Hhhhmm… where will I visit? 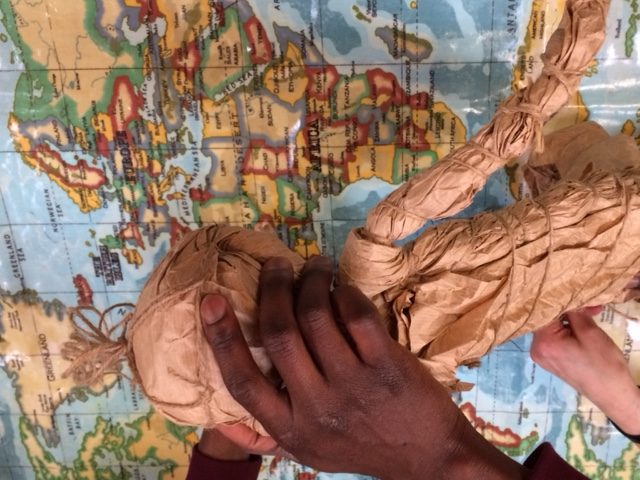 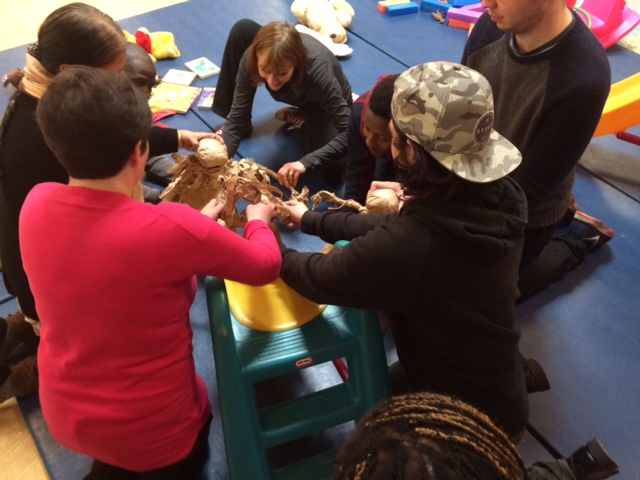 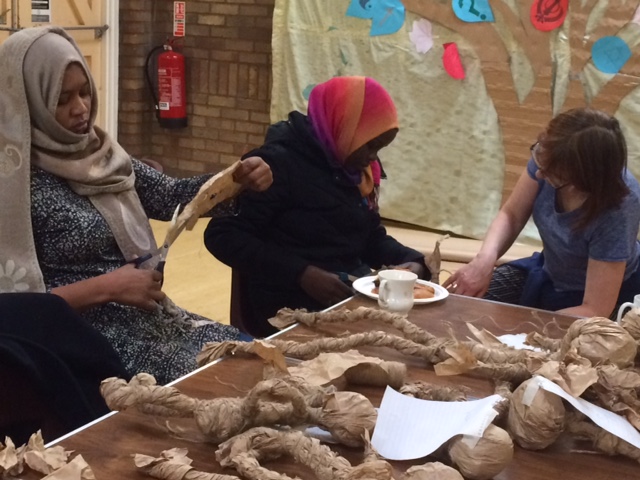 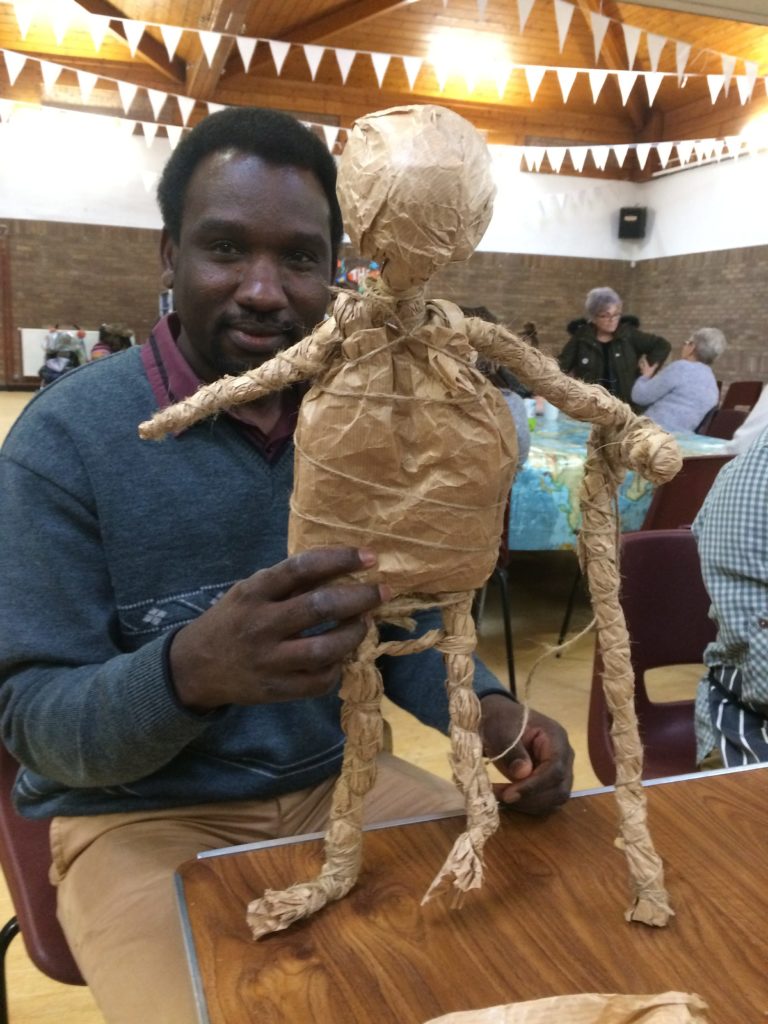